I haven't come across many Ukrainian or Russian store signs in photos of prewar Lviv.On Ruska Street there are some Cyrillic ghost signs, in particular one in Ukrainian, which can be found here. I've also found a Ukrainian ghost sign in Przemysl.
Below is a photograph of furniture shop. In addition to Polish, there is also Russian (though in contemporary Russian it should be "Магазин Мебели" not "Магазин Мебелей"). If it is indeed Russian, it likely dates from 1914-1915 when Lviv was briefly under Russian rule during WWI. Otherwise, as was pointed out to me in a comment, it could be Iazychie, a language used by Ukrainian Russophiles.
I like the couch in front of the store and the "ghost" near it. 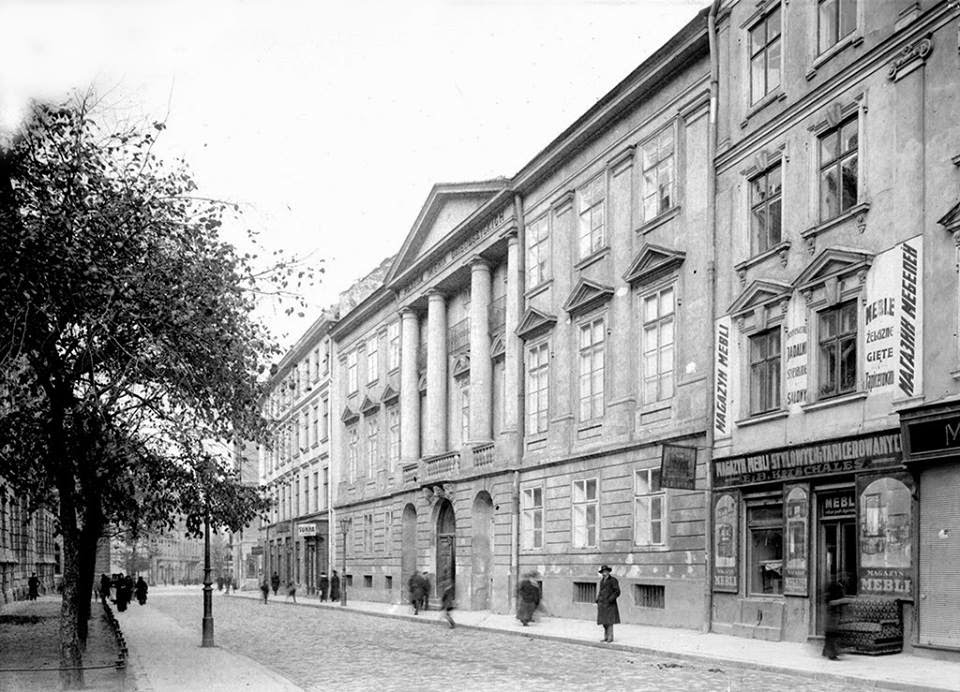