Jungkook BTS Is Unreasonable to Call Brands Again, Afraid of 'Incidents' of Softener Repeats - This Is Jungkook's Answer When Asked About Brand Fans of Jojoba Oil Used. 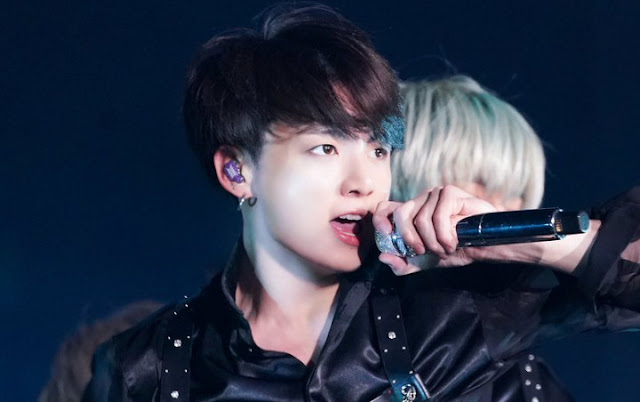 Jungkook invited fans to chat through the fancafe this evening, Thursday (21/2). The youngest member of Bangtan Boys talked about many things and answered a number of fan questions.

One fan asked Jungkook to tell them the jojoba oil products he used to use. But the 1997-born idol refused to mention the brand.

"Ah Jojoba oil. I don't know. People say it's good. I can't say (the brand)," Jungkook answered. It seems like he was afraid that the "incident" of the softener would repeat itself.

Some time ago Jungkook made a scene in the world because he accidentally called the brand softener. He made the softener products he used to sell out overnight. The distributors claimed to be out of stock for the next three months.

But fans continue to force Jungkook to call his jojoba oil oil brand. "Look see. You keep making me say it. Okay, there are four letters. But there are many ARMY (as BTS fans) who are geniuses," he wrote.

Previously when J-Hope held a V Live on February 17, Jungkook joined with other BTS members to give J-Hope a birthday surprise. Jungkook appears with shining white skin and shows off that he uses jojoba oil.

Until now fans are still looking for the jojoba oil brand used by Jungkook. If you find it, it won't be surprising if the brand is immediately sold out.