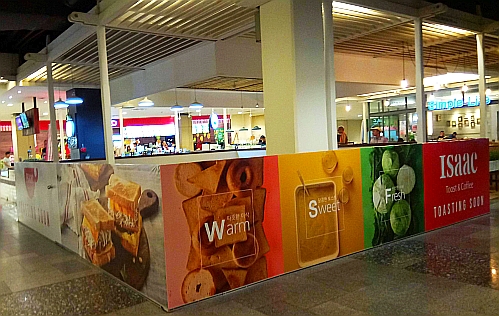 On 12 May 2019, Sunday, I noticed that Isaac Toasts (very popular in South Korea) is going to occupy this space in the Midvalley Mall. 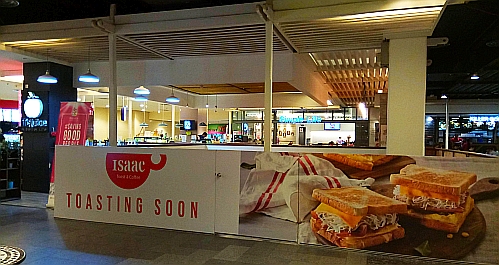 This space used to house Dokodemo which I mentioned in September 2018. Before that it was Uncle Tetsu Cheese Cake in 2016 and Crazy Potato before Uncle Tetsu and Dusun in 2015 before Crazy Potato. I believe Isaac Toast will not be here for very long from what I observe at their kiosk in One Utama which does not have any customers whenever I walked by. 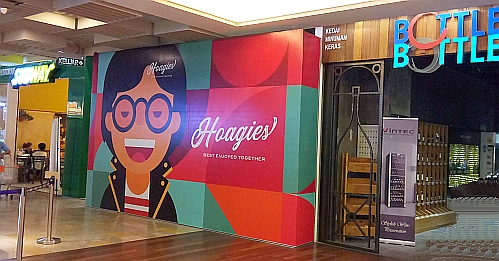 On the same day, I also noticed that Hui Lau Shan (the famous franchise from HK that sells mainly mango desserts) has also moved away. I love to eat their mango desserts when I was in HK. When they opened their initial store in One Utama a few years back, I was disappointed because it does not taste as good so I guess that is why they closed this branch. I wonder if the branch in One Utama is still in business or not.
Hoagies is taking over. In North America, Hoagies refer to a sandwich made of a long roll filled with meat, cheese, and salad. Here, they have a branch in Nu Sentral and the reviews that I read were not that good so I guess they won't be here long either. Oh dear, before these new shops even open, I do not forsee a bright future for them at this mall. Let's wait and see.