SuJu Swindler Siwon Who Is Chased By Debt Collectors In 'My Fellow Citizens', Fans Give Passion 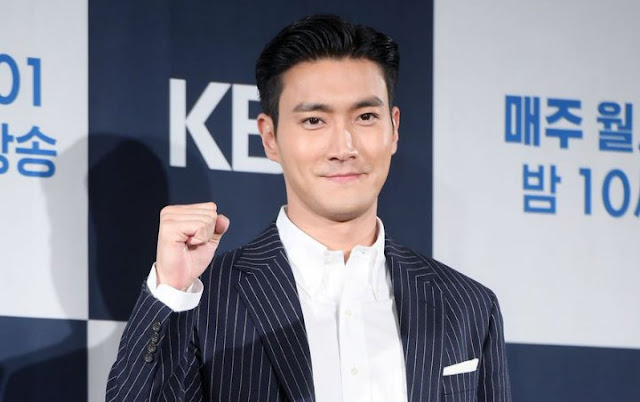 On this day, KBS released a preview of the latest episode of "My Fellow Citizens" which will air tonight, Tuesday (2/4). They also did not forget to remind the audience to watch this drama through the included caption.

The video starts with a scene when Choi Siwon's character, Yang Jung Kook, looks scolded by someone for making a mistake. He became increasingly confused when surrounded by many thugs and began to flee.

During the run, he even accidentally met Kim Min Jung, a debt collector. Feeling cornered, Yang Jung Kook fled again, but unfortunately he had to face an attack by thugs sent by debt collectors.

The next scene shows when Yang Jung Kook's wife, Kim Mi Young (Lee Yoo Young), is trying to chase a criminal. And the video ended with a tense scene when Siwon was almost caught by detectives, led by his own wife.

Shortly after this video was posted, netizens and fans commented on it with various comments. Some praised Siwon's acting in this drama, some also gave him support and encouragement.

"My Fellow Citizens" itself tells of a fraudster, Yang Jung Kook, who married police detective Kim Mi Young. Even so, they both did not know each other's work.